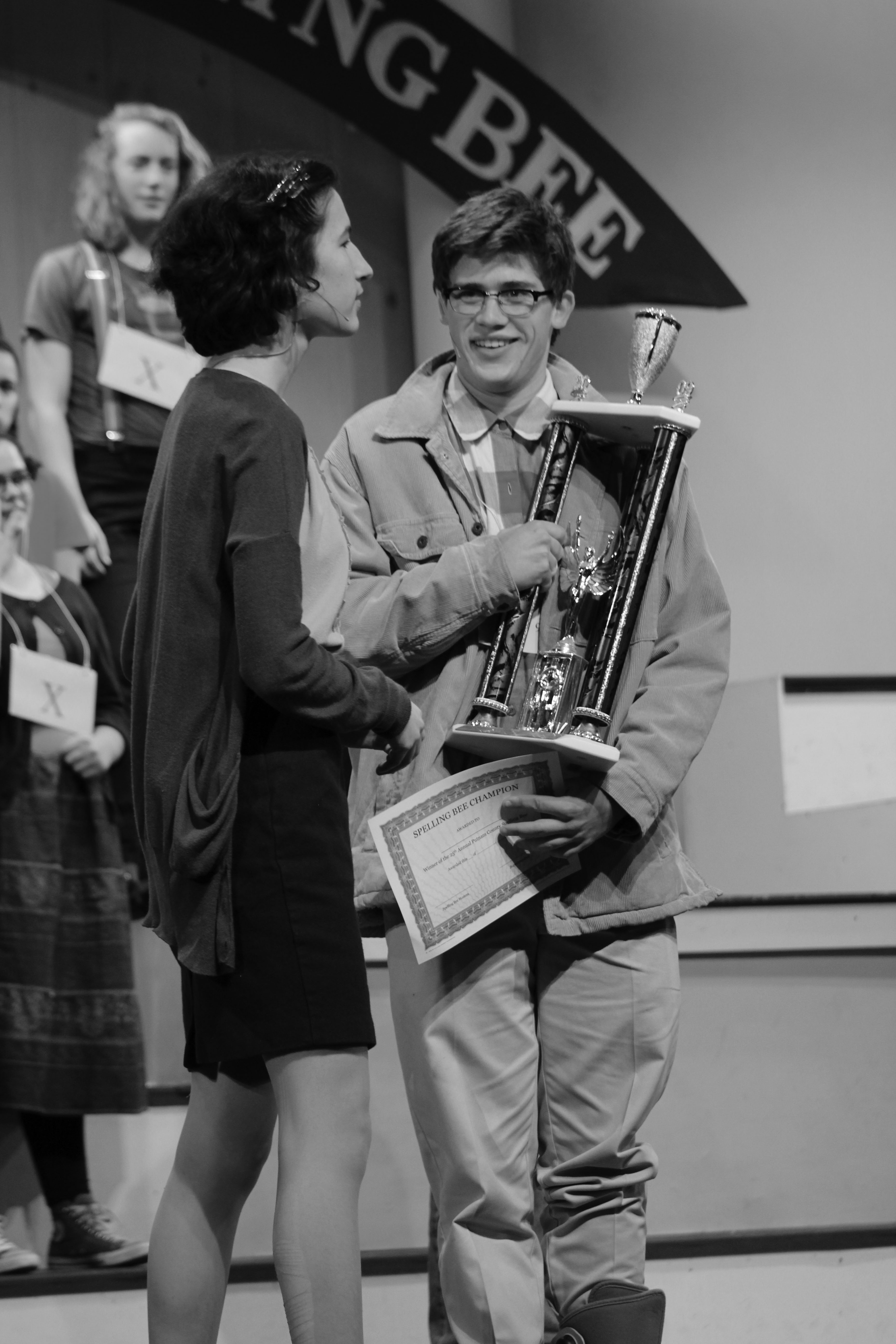 This spring’s musical, The Putnam County Spelling Bee was performed by the  ARHS theater department to rave reviews. A huge number of students from all over the school were involved.

It was performed four times on the second weekend in March, with over 1,800 people gathering to watch over that period.

This show was a comical musical about a fictional spelling bee featuring six quirky sixth graders who learned to overcome their flaws and fears and to shine while competing in the bee. The show delved into their lives through flashback scenes.

This particular musical was uniquely interesting and special because cast members circulated before the show and during intermissions “in character,” creating an immersive experience and the show itself featured audience members who were invited up onto the stage to perform in the bee with the actors.

This was a really important part of the show.“The cast just had to be ready for whatever they did,” said John Bechtold, the director of the production. This was his proudest moment of the show.

“Our ability to adjust to them and welcome them into the world of the show and really help them feel excited about it, that was really fun,” Mr. Bechtold said.

All the hard work seemed to pay off. People’s reactions to the show were very positive.

“The sets were beautiful. Everyone was great,” said Ayla Connor-Kirshbaum. She commended the performance of Mikayla Roberton-Pine, an ARHS senior who starred as Olive.

Aside from the acting and music, there are so many other parts of the production that were equally important.

“I think one thing that gets undersold is how good the pit orchestra is and how hard they work. So Mr. Fruth and Mr. Peterson, and all the members of the pit really killed the game,” Mr. Bechtold said. “Jack Tuthill, who runs the sound board for the show also deserves a special shoutout for mixing.”

This year’s musical faced challenges leading up to the show, mostly around timeline and snow days,” said Mr. Bechtold.

He even had to cancel the show that is usually performed for the sixth graders due to snow.

“Since this is a show that depends on live audience interaction, we didn’t get to test that until opening night, which was also delayed by a day. Managing the calendar and the snowdays was probably the hardest part,” Mr. Bechtold said.

The weather might have delayed the musical and caused stress. But it didn’t keep it from being yet another success.