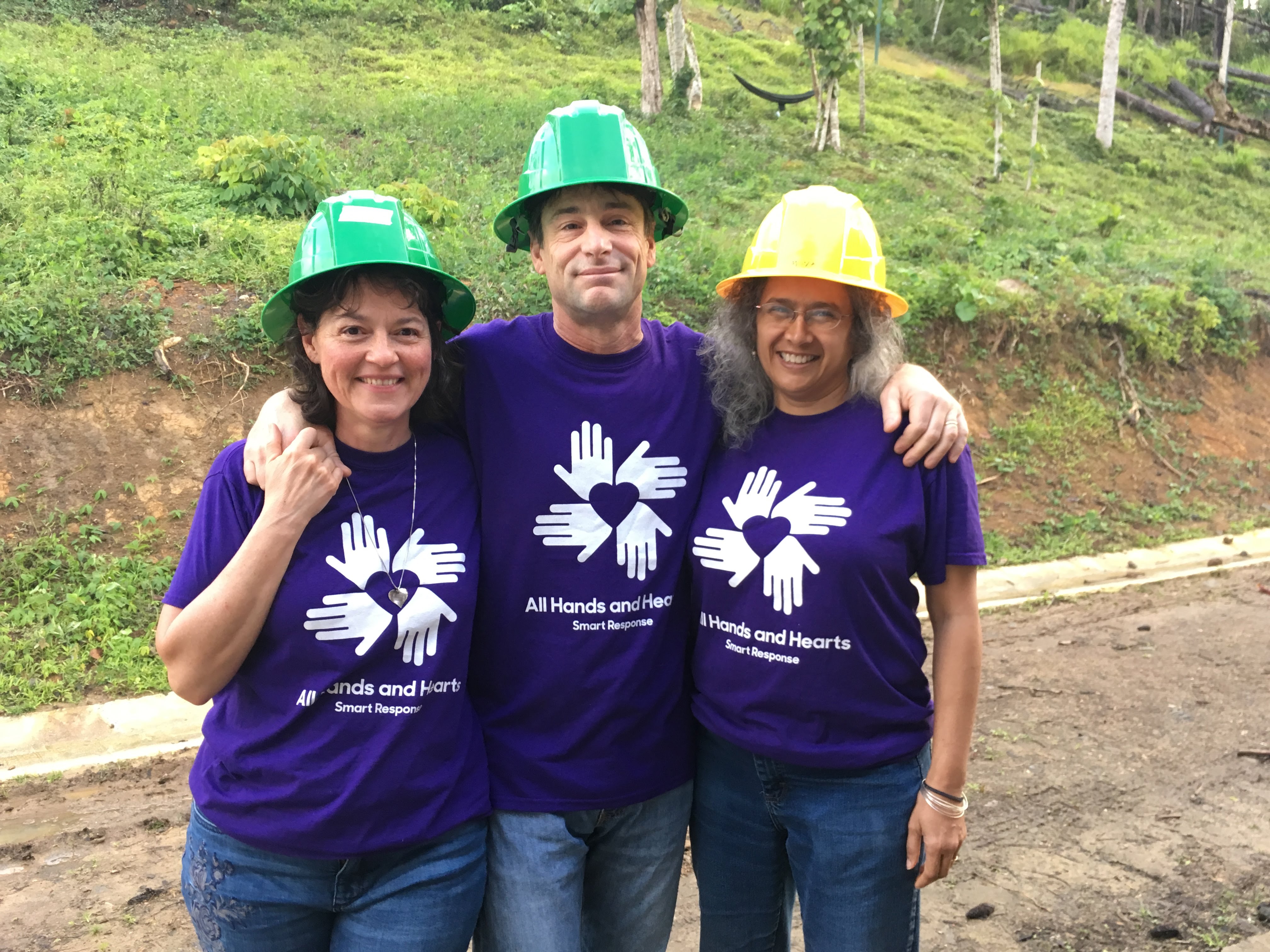 Hurricane Maria made contact with Puerto Rico on September 20, 2017.

Maria is thought to have been the most devastating recorded natural disaster to hit the island, with wind speeds up to 175 mph recorded, which knocked out power for 83 percent of its residents.

The combination of high winds and rain especially devastated communities that had less well-constructed homes, making them uninhabitable and displacing thousands.

Even now, a little over six months post-storm, many in the mountainous parts of the island are still without power.

Although the official death toll of the storm is about 64, others argue that the toll is closer to 1052 deaths, when incorporating the spike in deaths the month after, during which the island continued to recover from devastation.

The predicted recovery time from Hurricane Maria is two years, at the very least.

Lots of people decided to chip in and help Puerto Rico after the storm. ARHS Spanish teacher Mariangeles Vicente wanted to help because she grew up on Puerto Rico and has brothers and sisters on the island.

Ms. Vicente first helped by setting up a fundraiser through the school to help provide fresh water to those in need, through an organization called Waves for Water.

Waves for Water raises money to provide water filters for victims of natural disasters. But she wanted to do more.

She and her husband, ARHS science teacher Nicholas Shaw, said many were frustrated by how the U.S. government handled the relief efforts for Puerto Rico.

“There wasn’t a lot of political will from our President to do anything for our people in the territories,” said Mr. Shaw.

Ms. Vicente agreed, but said, “I needed to turn my anger and sadness into something productive.”

As soon as they were able to, she and Mr. Shaw flew down to Puerto Rico and volunteered through All Hands and Hearts, a nonprofit that provides disaster relief to areas that are in dire need of assistance in the aftermath of a natural disaster.

While with Hands and Hearts, the pair focused on fixing and cleaning houses that were not in livable conditions. Most of these homes had significant mold damage.

“It’s amazing how destroyed everything was,” said Mr. Shaw.

The majority of their volunteer work took place in Barranquitas, Puerto Rico, which means “little cliffs,”  according to Mr Shaw.

Hurricane Maria caused many mudslides that caused fatalities and damage to the region.

Many of the homes for low-income families were not built to withstand harsh winds and had metal sheets for roofs.

The volunteers assessed the houses to see what could stay, what had to be disposed of, and what could be fixed. Then they spent a day or two clearing the house of mold.

“You literally duct tape the refrigerators closed because everything in there is rancid and toxic. Everything had to be removed,” said Mr. Shaw. This was referred to as the “muck and gut.”

After that stage, they sprayed everything with Clorox to kill the mold spores and work on sanitizing the houses. The next step was re-roofing, which took two or three days.

“[The group we worked with] was very organized,” said Ms. Vicente. “[They knew] how to feed people, when to rent cars, where to dispatch volunteers, and how to assess the needs of the particular community. It was like a well-run train station.”

Each day the volunteers worked around 10 hours. But after a long hard day of work, Mr. Shaw was surprised by how he felt.

“I thought I was going to be absolutely exhausted and depressed because I was going to see these people that had their lives ripped apart,” said Mr. Shaw. “But instead what I found from the experience was I felt rejuvenated. [We were able to] really help people out in a tangible way.”

One of the most powerful parts of their trip was meeting the people, from the volunteers to the families who were having their homes repaired.

The mothers of school children set up a “food brigade” for all of the volunteers to show how grateful they were.

”It just felt really good; it felt like community,” said Mr. Shaw. “We were working with this team of people all wearing the same uniforms. I felt, we’re all in this together.”

He compared the experience to summer camp, noting he bonded with many people there, and especially enjoyed working hard with them.

Both teachers were deeply moved by their trip, and would highly encourage others to do volunteer work.

“All you need to do is go online and look up All Hands and Hearts. They’re going to be in Puerto Rico for the next two years,” said Mr. Shaw.

“You have to pay to get yourself there, because it’s all volunteer, but once you get there, your room, your board, your transportation, your food, all of that is covered,” he added.

He said most volunteers were “in their twenties.”

“If you are considering a gap year, doing volunteer work [like this] would be a great way to spend that time,” added Ms. Vicente. “You would get to travel and make a difference in the world at the same time.”