Loving Rita: one family’s relationship with a deaf child 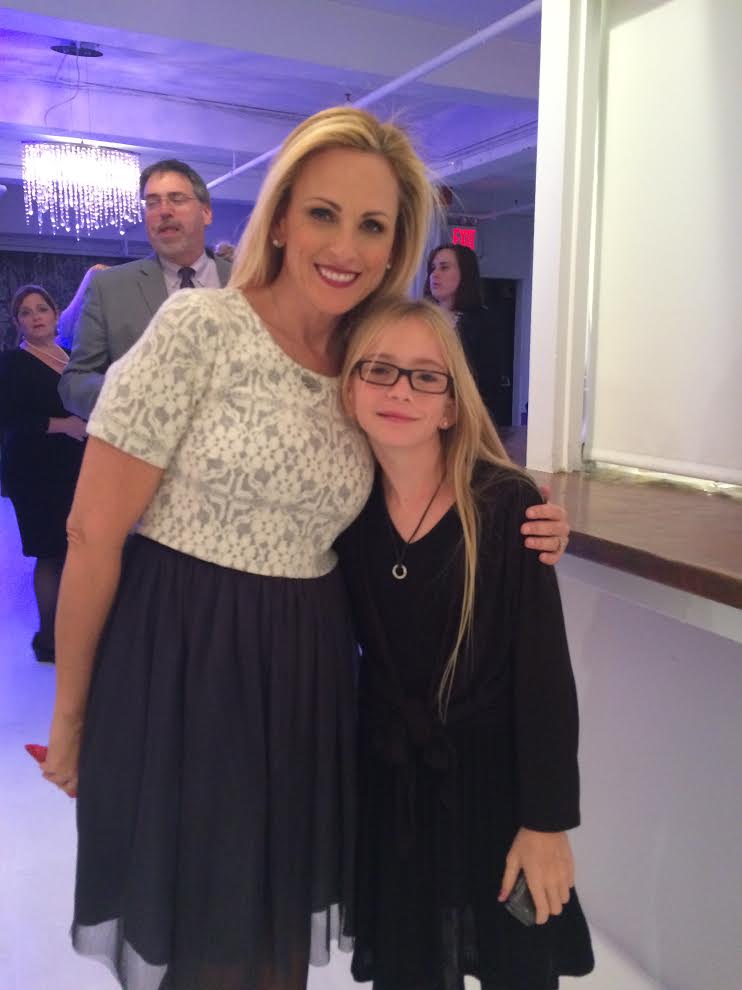 My sister Rita Child is an 11 year old fifth grader. She is also deaf. She attends the Marie Philip School for the Deaf in Framingham, Massachusetts. She has two hearing parents and one hearing sister, me. With a five year age difference, our relationship consists of stolen clothing, petty arguments, and communication with our hands.

When we first learned that Rita was deaf, my parents and I were scared. We didn’t know any deaf people and we’d had no experience of deaf culture. But we all knew one thing: we were going to learn to communicate with her. That meant learning sign language.

My family is responsible for giving Rita access to the entire world. If guests come over, we have to make sure that Rita is included in the conversation. We also have to juggle our home life between Eastern and Western Massachusetts, so that Rita can have access to the best schooling to meet her needs.

Rita’s deafness has made our lives very complicated. But it has also made me, my mom, and my dad infinitely more aware and accepting of people with “disabilities.”

The deaf community constantly juggles the question of whether being deaf is negative. While some describe deafness using the phrase “hearing loss,” others prefer the more positive “deaf gain,” including my sister. The benefits of being deaf, she explains, include: being able to speak through glass, being able to communicate with a mouth full of food, and that she can sleep through all sounds.

Rita is extremely thankful that her family learned to sign. Eighty-eight percent of hearing parents who have deaf children do not learn how to sign. “I connect to my parents through signing and listening with my eyes,” said Rita. “It would have been completely different if they hadn’t learned sign language. If there’s no signing, I’m completely lost. There’s nothing.”

About two to three out of every 1,000 children in the United States are born with a detectable level of hearing loss in one or both ears. More than 90 percent of those deaf children are born to hearing parents.

Over 75 percent of deaf children are mainstreamed, receiving the bulk of their academic experience among hearing peers, and sometimes their conversations are mediated by sign language interpreters.

Studies indicate that deaf children who are exposed to signing at an early age perform better academically that those who are not. Research shows that with language and communication, earlier is better.

There is a phenomenon of hearing parents teaching their hearing babies “baby signs” from a very early age because physical cognition skills develop much earlier than speech skills. But many deaf babies, whose only option for full communication access is sign language, are deprived of just that.

Rita is completely deaf, so the only way for her to be able to communicate was through sign language. But our parents and I are the only people in Rita’s family that are close to fluent in sign language. At family dinners, Rita relies on us to help her participate in the conversation. “When people don’t sign I feel like there’s no communication. When people don’t sign, I make a sound like a screech. Like, ‘hello guys, I’m in the room!’”

We learned to sign gradually and began as soon as possible. Rita’s mom, Liz Rosenberg, began taking night-classes at Hampshire College and Holyoke Community College to learn sign. She then came home and taught her family.

Both Rita and I grew up bilingual and as we became friends with more deaf people, our entire family became bicultural.

“I’ve become pretty accustomed to the cultural challenges,” said Liz. “I don’t feel uncomfortable in a room full of deaf people.” To get each other’s attention, deaf people flash the lights or stomp on the floor so someone across the room can feel the vibrations.

There are many differences between the hearing and the deaf world, but being a part of both has made us infinitely more aware of people who have different needs. “Having a deaf child has created an awareness for me of parts of our society that are limited in physical and social access – people that are outside of the mainstream,” said Jon.

Liz said that the best thing about Rita being deaf is that she has learned so much. “The education that I have received by this happening is irreplaceable,” said Liz. “It’s a bit of a tail spin at times, but it’s huge. I don’t think you could pay for this education.”

Having a deaf child, Liz explains, is challenging because of the stress of learning and understanding a new language, but the language itself is very fascinating. ”I find it so interesting how drawing a picture or setting a stage is so visual,” said Liz.

But the real benefit comes back to acceptance. “I realized that other people have needs that are different from mine,” said Jon. “I didn’t have that awareness to the same degree before having Rita. You don’t know about these things until you’re faced with meeting it. It’s humbling.”

It’s a constant struggle in our family to give Rita access to everything possible, and there are many things that Rita is excluded from.

Jon sometimes wishes that Rita could experience things that he enjoys, from his perspective. But he wishes that his “ability to communicate [by signing] was richer,” he said, noting the whole family is still learning.

Our biggest role in Rita’s life is being there for Rita in public settings, but Rita also wants to do more things by herself. At a restaurant once, my mom and Rita and I were eating dinner and Rita needed some ketchup for her french fries.

So she went up to the bar, sat on the stool, and waited until someone noticed her. By mouthing the words or using her voice, Rita successfully asked for ketchup by herself.

And though she has an extra dose of maturity and independence, she is still a typical little kid who finds joy in being deaf. “I like being deaf because I can ‘talk’ in temple and nobody is bothered by it,” she said.