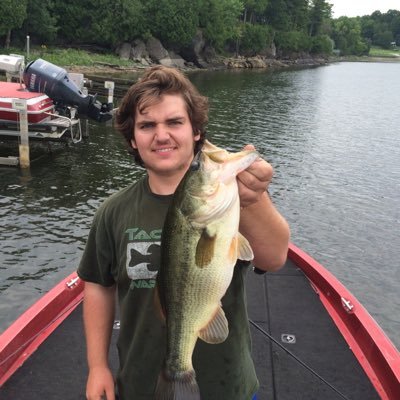 Winning the Massachusetts state bass fishing championship is an impressive accomplishment and going on to place third in the northern conference makes you a name in the national bass fishing community. But doing all of this as a 16 year old is unheard of.

Julian Burgoff’s love for fishing began with his first rod, a gift from his grandfather when he was 10.

His first fishing partner, an  elementary school classmate, accompanied him on weekend adventures to local fishing holes. He was hooked. “That’s where I really started because I could walk out my door and catch some nice bass,” he said. As a result of fishing, Burgoff became a real outdoorsman.

“The other side of fishing for me is the actual fish. I’m a nature person, I like the outdoors. I never keep any of the fish that I catch. Real fishing is catch and release,” he said.  Burgoff entered his first tournament in eighth grade and left victorious.

The next six years of dedicated fishing took Burgoff across the country finding new environments to fish. He said, “The farthest I’ve probably ever traveled to fish was California. My father and I towed our fishing boat behind our camper all the way up to the Canadian border; that was crazy.”

Burgoff began reaching out to other fishing enthusiasts online to learn how to master the sport. “I’ve used the Internet to learn because there is just so much information that you can find on the web. That’s really how I learned everything [about fishing], watching YouTube videos.”

Burgoff has never had a mentor, no instructor giving him lessons. He has reached his level of success by being self-taught, which few competitive fishers can claim. “I fish by myself more than anything else,” he said. Burgoff’s mother, Sarah Mathews, said he grew up with fishing and sort of found himself in the sport. “I think anyone could learn something from going out on a lake, river, or bay for the day,” she said.

Occasionally she joins Burgoff on his day trips on the water. “It’s actually quiet remarkable. Not only how quick he can catch a fish, but how much he knows about the fish. I had no idea until I was out there with him,” she said.

In 2015 Burgoff became eligible to qualify for the Massachusetts State Bass Fishing Championship. Michael Morrisey was his partner during their 2015 championship campaign. “The state championship was actually in Hartford Connecticut, an urban area. It wasn’t easy at all. It was a grinder of a day, very hot and it was a very difficult location,” he said. Nevertheless, on that day, “Julian caught two of our three biggest fish,” Morrisey recalled.

In the state championship, each pair of fisherman bring back the three largest fish  caught throughout the day and the officials weigh the fish. The pair with the largest total of all three fish wins.

“The thing I think put us ahead of the competition on that day was a positive attitude. That is the same in any sports competition. Whether it is a major worldwide sport or fishing which I understand is not as major. I’m sure if you ask almost any champion they will agree with me,” said Burgoff, who plans to continue fishing after high school.

He will attend the University of Massachusetts to help develop their already established fishing team and to study natural resources conservation and fishery at UMass. “One way or another I hope to making a living through fishing,” he said.