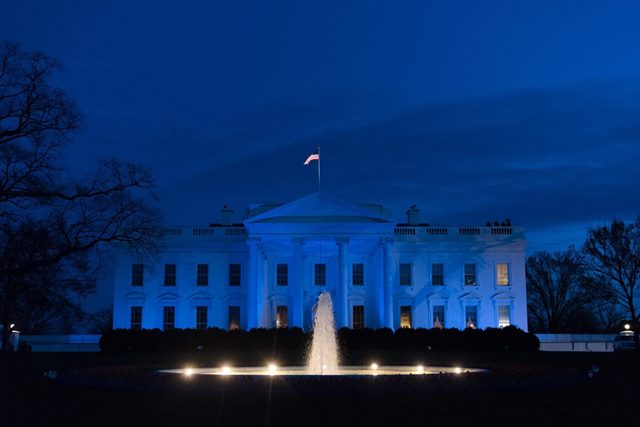 On the last day before April  break at Amherst Regional High School, hours after most of the students and teachers had left, 60 people sat in the ARHS library to listen to the stories of 11 current and former students.

Clustered in small groups, the speakers, who ranged in age from 13 to 20, were a diverse bunch, some bubbly, some quiet, some interested in the arts, others in technology and engineering. However, that night they were gathered to discuss something they all shared. Their diagnosis as young people with autism.

According to Nothing About Us Without Us, a group run by and for people with autism, autism is a neurological variation, present from early childhood, and characterized by different sensory experiences, non-standard ways of learning and problem solving, deeply focused thinking and passionate interests in specific subjects. People with autism often display atypical and repetitive movement, the need for routine and order, and difficulties in understanding and expressing language and social interaction typically.

The presenters at this event were there to share their experiences with neurotypical people, or those without neurological variations, like autism. They wanted to “try to enlighten people so that they really know what it is like to be a high schooler with autism,” said Ellie Flint, an ARHS sophomore with autism and a speaker at the awareness event. “This is serious stuff and it doesn’t get acknowledged.”

The idea for the event was born when the Special Education Parent Advisory Council (SEPAC) approached Dr. Faye Brady, who is the Director of Student Support Services, and Kathy Olson, an ARHS Academic Skills Teacher. They “wanted to do something that involved students and had them talk about their experience” during April, also known as Autism Awareness Month, said Ms. Olson.

SEPAC hoped to educate the audience, because “when people are able to understand and take another perspective, they are very willing to accommodate and make things work,” said Ms. Olson.

Mark Jackson, Principal of ARHS, was one of the many in attendance that night. “It was a very moving evening,” he said. “Educators read about these experiences all the time, but to hear a first person’s lived experience about that was very moving. I wish 150 people had been there.”

However, this event aimed to go beyond just raising awareness. It was a “grand opportunity for those students with autism to practice self- advocacy,” said Ms. Olson. It helped them to develop an “awareness of themselves as a learners and individuals and to be able to explain their situation to others so that they can explain how they would like to be understood and treated.”

Meghan Cave, an ARHS senior with autism and a speaker at the event, agreed with Ms. Olson. She felt the event gave her an opportunity to share her story and gain confidence, but wishes more of her peers knew what her experience has been. “I am not broken. I can go on and do things that anyone else could do,” she said. “We are different in the way our brains are wired, but I could go to medical school and be a doctor. That knowledge is really valuable. I am defying the odds.”

This excitement about a bright future is a far cry from what Cave went through in her small town in Arkansas, before transferring to ARHS in the tenth grade. Before the move, Cave had not been diagnosed with autism, only with ADHD. She frequently went off of her meds because she “hated them,” and struggled in school. Failing almost all of her classes and with no support from her school, she was often assigned detentions and in-school suspensions. Cave was called insubordinate, put on academic probation, and suspended from school before she was brought to the dean.

“He told me because I was different I wasn’t going to be able to college, and even if I did, I wouldn’t get a degree,” said Cave. He then encouraged her to “just drop out of school now,” since he saw no point in her continuing.

“I wasn’t a bad kid, I just stopped doing the work because I couldn’t do it,” said Cave about her experience in Arkansas. “And it wasn’t that I wasn’t able to. It just wasn’t set up [to accommodate] me.”

Today, both Flint and Cave are part of Academic Individualized Mainstream Support (AIMS), an individualized academic class system for students with autism. They are in mainstream classes with other students, but they also receive individualized help.

AIMS is “much better than being in a little room forced to learn on my own,” said Flint, who uses they/them pronouns. “Even if it isn’t always obvious, accommodations are really important. There are certain things that are really different about me. Sometimes there is weird stuff that is going on in my head that limits me. I’m depending on those accommodations to survive.”

They added, “It’s such a relief to have people accepting and supporting me, not saying I’m hopeless, but saying, what can we do to help, how can we move forward.”

Mr. Jackson calls these accommodations at ARHS “a priority issue. It is something we pay attention to and devote resources to,” he said. “But there is always room for improvement.”

These days, Cave is thriving. With the help of AIMS she is taking challenging classes and has strong grades, thanks in part to her accommodations, and her new diagnosis.

“I’m not sure how they missed that,” said Cave, referring to the many years of her life during which she went undiagnosed. The diagnosis explained years worth of behavior that her ADHD diagnosis didn’t cover. When Cave was younger, she was very sensitive to sounds and change, even crying when someone would replace a lightbulb in her house.

These sensitivities are common among people with autism. Flint, who is also diagnosed with autism, uses an analogy of lactose intolerance to describe these sensitivities. “Some things just don’t agree with me. Sometimes it gets really intense. Lots of people don’t get it, but I just get so bugged out by some things,” they said.

Although Flint was diagnosed and received accommodations in middle school, much earlier than Cave, it still took them awhile to figure out what their diagnosis really meant.  “I’ve always lived with myself so I always thought I was normal,” they said. “I didn’t know anything about me was different.”

Flint knew their parents had discussed them being on the spectrum, but never really knew what that meant. In ninth grade, wondering why they had all the accommodations they did, Flint decided to check their Individualized Educational Program (IEP) folder and “it all clicked.” From there, Flint said, “I have made so much progress. I am able to advocate for myself. It’s been so fantastic. I can finally succeed.”

Despite all these successes, there is no doubt that there are challenging aspects to living with autism in a neurotypical environment. “There are certain norms that are assumed that people know about what is polite and what is rude,” said Ms. Olson.

This can lead to people with autism appearing socially awkward, and can make it difficult for them to make connections, which can lead to alienation.

One personal challenge for Cave, she says, is “learning not to cut people off and talk too much.” When talking about their own challenges, Flint added, “It’s really hard for people to want to talk to me.” Flint also finds it easier to connect with adults than peers.

Another challenge for Flint presents itself in the subtlety of their autism. “Ninety-eight percent of people who meet me wouldn’t know I have autism,” they said. “They think because I have a mild case that I don’t need full accommodations.”

This means that sometimes Flint’s autism doesn’t get taken seriously enough, posing another difficult challenge for them to navigate.

These challenges are one of the primary reasons students were so eager to participate in the Autism Awareness event and share their stories. The event, described as a “huge success” and a “wonderful community event” by Ms. Olson, took extensive planning.

Although ARHS has hosted similar events in the past, this was the first time these students had participated in an event like this.

Ms. Olson was hugely excited by the results. Students left the event “beaming with confidence,” she said. “They should feel great about themselves. No one caved. Everyone really rose to the challenge.”

Flint and Cave also felt that event was a spectacular success. “It was so wonderful and helpful,” said Flint. “It was a really great experience and it felt really great to see people’s positive reactions to our stories.” Cave added, “We were the teachers. The students were able to teach the teachers and show different sides to themselves that others hadn’t seen before.”

One of the key points of the event was discussing how autism should be classified. Because of the difficulties people with autism face, many neurotypicals think of autism as a disability, or something that should be “cured.” Many people with autism, however, disagree. Instead, they view autism as an alternate way of viewing the world, one with wonderful benefits as well as some difficulties.

“If society would think of this as a difference rather than a disability, we would all be a lot further along,” said Ms. Olson. Added Flint, “It is not like I am a lesser human being.”

Cave even describes some of the unique abilities from her autism as her “superpowers.”

For Cave they include a highly advanced memory as well as a talent for spelling. She also has an incredible eye for detail and notices the slightest changes. Her memorization skills have even helped her to learn to talk to a non-verbal friend with sign language.

Cave is on the swim team, a part of Dance Theater Ensemble, a lifeguard (a job she isn’t too crazy about), and a certified yoga teacher.

Next year she is looking forward to attending Landmark College in Vermont, defying the prediction by her former dean. When she gets nervous and she forgets what she can do, she just “thinks of all the things I do and why I do them and it makes me less anxious.”

One of Flint’s “superpowers” is how perceptive they are. They can read emotions very well and describe themselves as “good at metaphors. I am really philosophical,” said Flint. “And I’m good at coming up with quotes that are better then those happy little quotes you find online.”

Flint also has many extracurricular interests. Flint said, “I have been into trains and railroad things since I was little,” fixing, repairing and fine tuning model trains from the years between 1900 and 1969 is their specialty.

They “intuitively know if things are wrong with the train, and can find the problem. I can fix 95 percent of broken things.” They love to make things work again, also spend a lot of time taking photos, philosophizing, helping others, and writing. They are also trying to qualify to be a motorman and operate a trolley car.

Of all the wonderful successes of the Autism Awareness event, perhaps one of the most moving stories of the night was described by Ms. Olson.

“A grandmother came up to me after the event. Her grandson had just been diagnosed, and she was worried about him and his future,” she said. “But when she [heard from] these successful students, she felt relieved, saying ‘he can be okay, he can have a happy future and share in their strengths.”