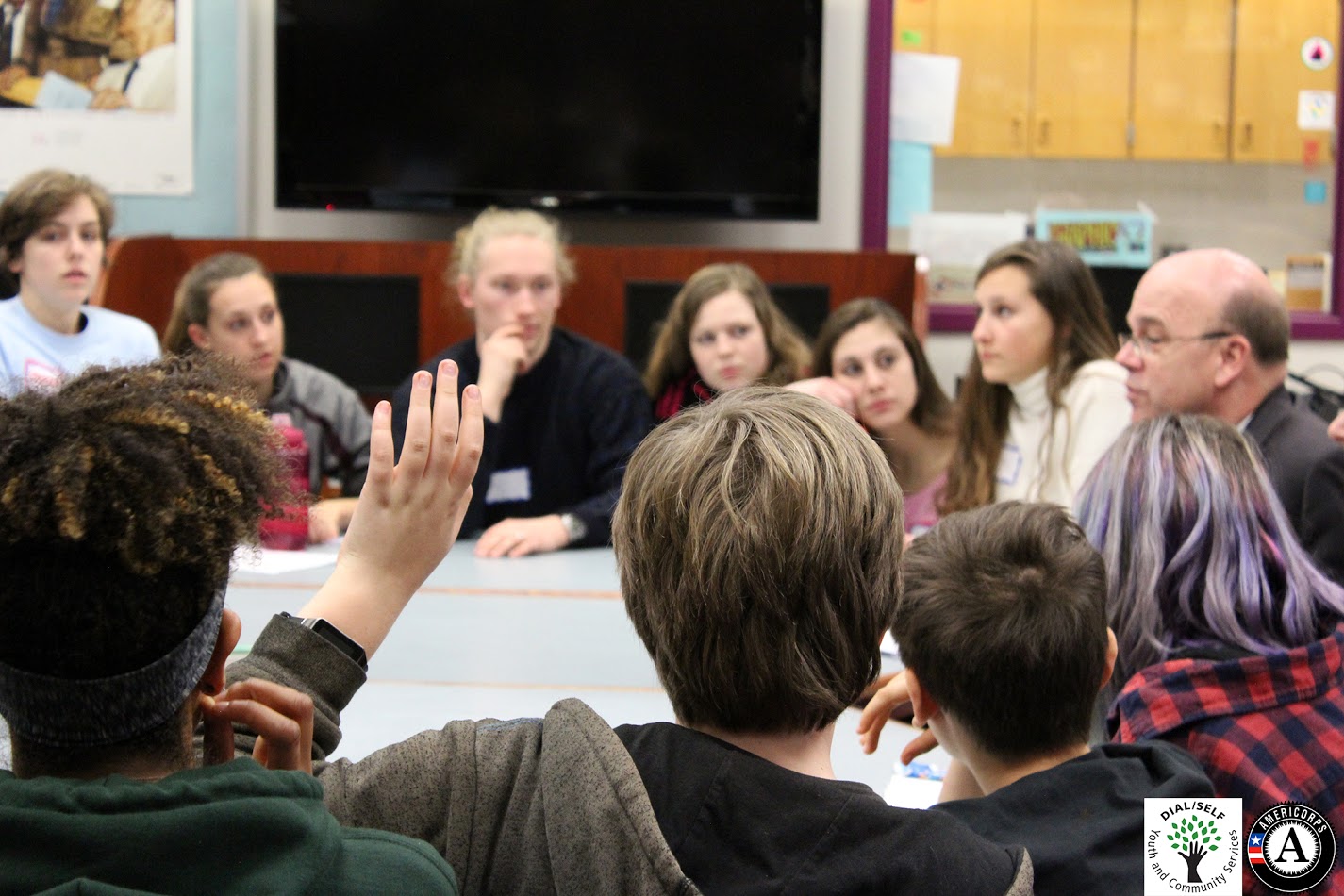 The event, a joint effort of AmeriCorps and Dial Self, connected legislators such as Congressmen Jim McGovern and Representative Solomon Goldstein-Rose with local students in round table discussions on important issues.

An ARHS  paraeducator in the Academic Achievement Center and AmeriCorps site supervisor,  Sarah Talbot, was a key member in the effort to bring the forum to ARHS.

“I was blown away by the quality of debate held at the forum,” she said. “I don’t think I have ever been prouder of Amherst High School students then I was on that Friday afternoon. Students were engaged and were informed about issues that they wanted to speak to legislators about.”

Senior Ben Gilsdorf agreed that the event was a hit. “Amherst is a very politically active school. It was a great idea to market the event [as a way] to meet your legislators, as people here [were willing] to come out; it’s what we do,” he said. Gilsdorf served as a volunteer youth discussion leader for the event.

Throughout the evening, legislators repeatedly fielded concerns about actions taken by the Trump administration in regards to immigration.

“This administration, when it comes to immigration, undercuts American values. We are a nation of immigrants,” said Congressman Jim McGovern. He urged local action to resist the executive orders.

“Federal Law won’t be there to protect people, so on a local level, we are all going to have to step up,” he said. “Sanctuary cities are one way to provide a community where law enforcement understands that their job is to go after criminals and not be in the arm of the immigration services in hunting people down for deportation.”

Echoing the Congressman’s call for local activism, Ms. Talbot also spoke to the value of youth involvement in the political process.

“Youth tend to be more open-minded,” she said. “I think that the youth, having been exposed to things like gay rights, trans rights, and racial issues, much more growing up, has resulted in these issues feeling much more natural to them [than for] older generations.”

In considering the success of this year’s Youth Legislative Forum, Ms. Talbot said that another Youth Legislative is potentially in the works, adding that “the more that we involve youth in these (legislative) processes, the more supportive a country, state, city, and town we’re going to have.”