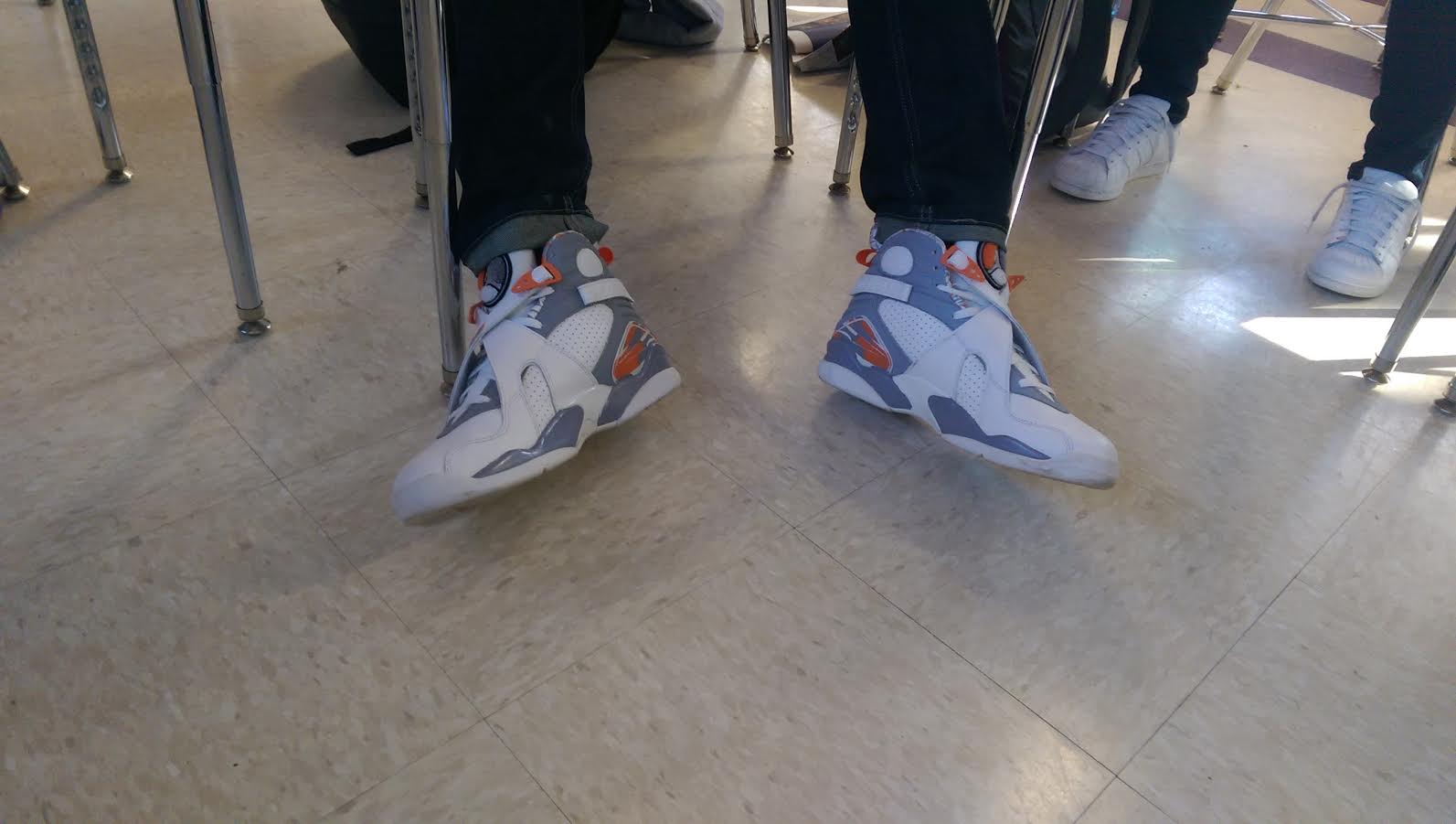 Kyle Murray and Iani Ferreira were seated next to each other, eyes focused on the computer screen in front of them. On the monitor was an array of images of sneakers, from simple, monochromatic silhouettes to headache-inducing assemblages of colors and forms.

Ferreira stopped scrolling to inspect a pair of yellow high-tops with a jagged, shark tooth-like design on the sole. “The Tokyo fives are so nice,” he said, a wistful expression creeping across his face.

“Metallic fives are better than Tokyos,” Murray replied, nonchalantly. As he spoke those words, a palpable silence spread across the room.

Ferreira turned to look at him. “No, Tokyos are way better,” he said.

“No, they’re not. What are you saying?” Murray responded. “Metallic is an OG five!”

To an uninformed onlooker, this debate might seem meaningless. But to Ferreira, Murray, and millions of other “sneaker heads” around the world, sneakers are all-important.

Murray started collecting Jordan sneakers when he was in eighth grade. His reason was simple: “They look nice.” He built up his collection by making “two-for-one” trades and occasionally re-selling sneakers to make a profit.

The digital age made it easy for Murray to find partners in the sneaker trade. He was a member of a 14,000-person Facebook group called Springfield Sneaker Talk, where members constantly post about shoes they want to buy, sell, or trade.

Jordans are the most sought-after shoes traded there, but Murray says other offerings by Nike, including the Air Max, are popular, and Adidas sneakers are emerging as well.

While many sneaker heads amass collections only to display and re-sell sneakers, Murray and his ARHS sneaker head friends wear every pair they own to school. “If you don’t wear them, what’s the point of getting them?” he said.

Although Murray’s sneaker collection has shrunk to eight pairs, he can still be seen rocking Jordans most days of the week. Ferreira, on the other hand, has a more jaded view of the sneaker game.

“Sneakers have become way too expensive,” he said. They certainly aren’t cheap: this year’s new Jordan retros range from $140 to $650, and that’s if you can get them before they sell out. Ferreira also pointed to the exclusivity of sneakers and the intense culture surrounding it as a downfall of sneaker collecting. “I’m not going to camp out overnight so I can spend two hundred dollars,” he said.

The fact that sneakers are so expensive is not a coincidence, according to AmeriCorps member Tyrone Bowie Jr. “Wearing flashy sneakers is popular because it allows people to wear their wealth,” he said.

Mr. Bowie said that before sneaker culture took ahold of the country, it was not socially acceptable for boys to care about fashion. “Back then,” he said, “If you matched your shirt and your sneakers, you got clowned.”

Mr. Bowie attributes the rise of sneaker heads to two Michaels: Jackson and Jordan. “When Michael Jackson wore those crazy sneakers in the Bad music video, people started wanting to wear cool shoes,” he said. In fact, “Before Michael Jordan became popular, it didn’t matter what shoes you were wearing.”

Michael Jordan’s fame and popularity, combined with Nike’s brilliant marketing, brought sneakers as a status symbol into the mainstream.

From Bowie’s days at Holyoke High School to the present, he said, there’s been a 180-degree shift:  “Now, if you don’t match your shirt with your sneakers, you get clowned.”

For most people, it is hard to justify spending hundreds of dollars on a pair of sneakers, but sneaker collecting is just like any hobby – a way for kids to identify as a community and display their individuality.

We are all sneaker heads in some way, whether or not we own Tokyo 5s.