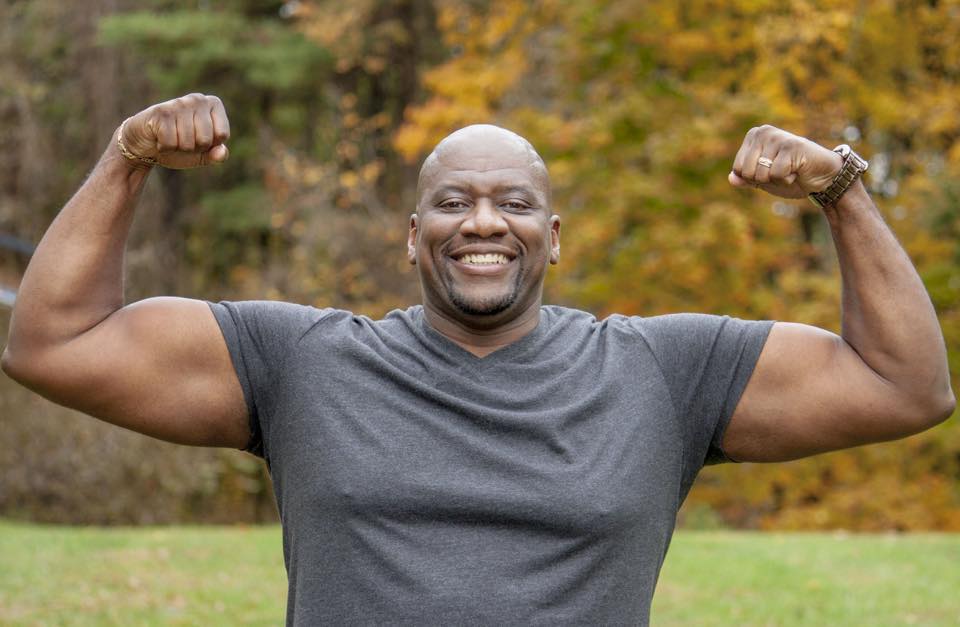 Former ARHS Dean Earl S. McGraw Jr., 46, of Northfield, Mass., died on September 21st after a long battle with lung cancer. According to those who knew and loved him, he will live in their hearts and thoughts forever.

Mr. McGraw was born in Manhattan, NY, July 14, 1970 to Ada May McGraw and his late father Earl McGraw and he graduated from Rhodes High School in NY. He married his wife Roxanne Miller on September 12, 1999.

He attended Mitchell Junior College, and he received his bachelor’s degree from North Adams College.  He started his educational career at Frontier Regional High School in 1996 as a social studies teacher in the alternative program and he earned his master’s degree from Keene State in 2007.

In college, Mr. McGraw loved playing basketball. After college, he spent some years playing football but after his second child was born he decided he needed to focus on his family more than on sports. He coached his son Jalen’s basketball and baseball teams and taught them the game and how to be upstanding people.

Mr. McGraw’s family was something he cherished more than anything else; he was dedicated to his children, his wife, and his mother.

Mr. McGraw worked as a social worker for Dare family services from 1999 to 2002, where he met and became good friends with current ARHS Dean of Students Maureen Fleming. “He was a tremendous role model,” she said. “You wanted your kids to grow up to be like him.”

She also said that he was “the fun guy that was your best friend. There was never a time when I was with him that he didn’t make me laugh.”

Before coming to Amherst in 2008, Mr. McGraw was employed at Mohawk Regional High School for a year in 2002 and then he transitioned to Turners Falls High School until 2007. He had a passion for teaching teenagers about how to treat their peers and consoling them when they needed it.

Dean of Students Mary Custard said that she admired Mr. McGraw. “He connected very easily and especially students, they felt very comfortable  speaking with him.”

Mr. McGraw was a friend, an ally, and among other things, a positive role model for the students and staff at ARHS. “He reminded people to get rid of stereotypes. That was the most positive thing he could teach us without even having to say it.” said ARHS physical education and health teacher Elizabeth Haygood.

Ms. Haygood continued, “He was a big guy that people were afraid of until they spoke to him. He didn’t use his physical being to intimidate.”

Mr. McGraw was the type of guy that was a joy to be around. He also set limits and had high expectations for everyone. The staff at ARHS spoke strongly about how he reminded them how we should treat people. “He showed us all how to be better people. He was a role model to show that kindness can really benefit individuals and a community,” said English teacher Kristen Iverson.

Throughout the time that Earl McGraw was at ARHS, he touched the lives of many, who say they’ll remember his impact.  “I would thank him for showing me another perspective on life as a whole. He reminded me that every student has a story and if we can’t find the story, we won’t reach the student,” said guidance Counselor Sherry Balzano.

“He touched our hearts and it’s a tremendous loss, not only for ARHS, but for everyone,” Ms. Custard said.