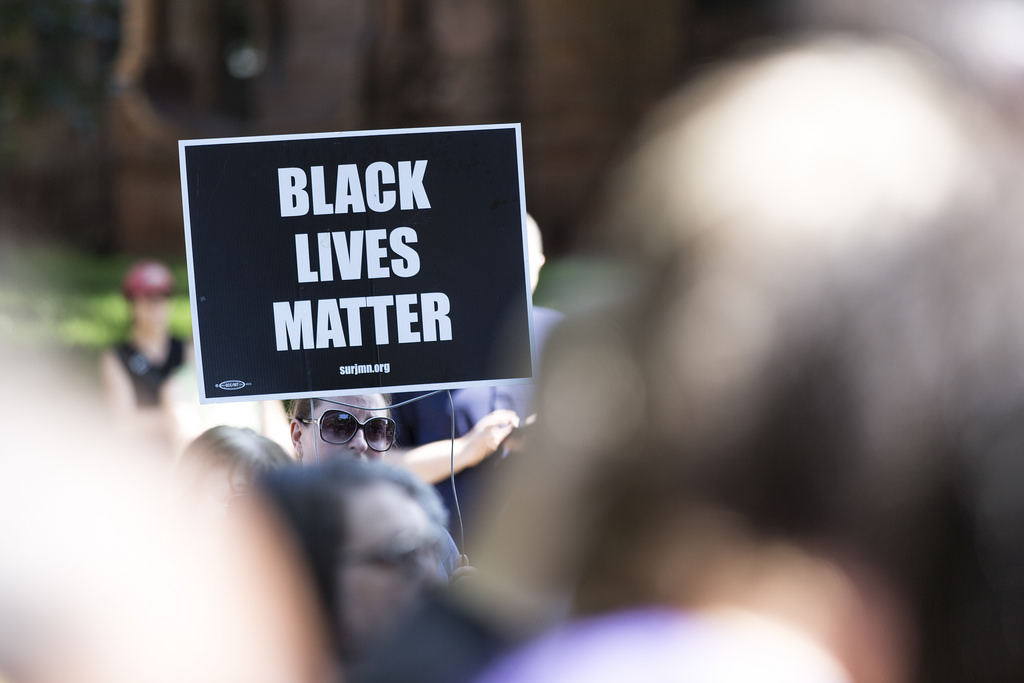 Black Lives Matter is a very active club at ARHS, with about 10-12 core members. They meet after school on Mondays in Ms. Leopold’s room, 328. Anyone is free and welcome to join.

Nia Whitmal, a senior, has been the leader of ARHS Black Lives Matter up until two weeks ago, when she stepped down because of a heavy senior workload.

She said that no one person will take over, and instead “it’s going to be led by a couple of people. Our goal is to have black female leaders.”

Whitmal said the topics of discussion at the meetings range from “hot racial topics” to the “history of gangs,” along with other issues facing the black community, including the “school to prison pipeline.”

The club is active in displaying its message. One of the most successful campaigns was the poster project last year, which consisted of dozens of pro-Black Lives Matter posters displayed around the school.

Junior Kayara Hardnett-Barnes is also a member of Black Lives Matter, and has been since her freshman year.

According to her, Regina Alciewicz will step up as the leader, and Abigail Morris will be the vice president.

Hardnett-Barnes said that they cover a range of topics in meetings and not just “what it’s like to be black.”

The content of the meetings depends heavily on what’s happening in the news.

Recently they have talked about “whether or not it’s okay to not stand for the national anthem,” Hardnett- Barnes said, in response to the controversial decision by NFL quarterback Colin Kaepernick to take a knee during the national anthem.

Hardnett-Barnes said that the biggest success was her freshman year because “that was the year that we had events that were very [well-attended]; people came to all of them.”

Hardnett-Barnes also said that some people conflate those who riot after police shootings with peaceful Black Lives Matter activists, noting that they “cast a shadow over [our work].”

Black Lives Matter was “created for peace and acknowledgment of what’s happening,” she said.