The more you play, the better you are: Fun Run, a gaming craze 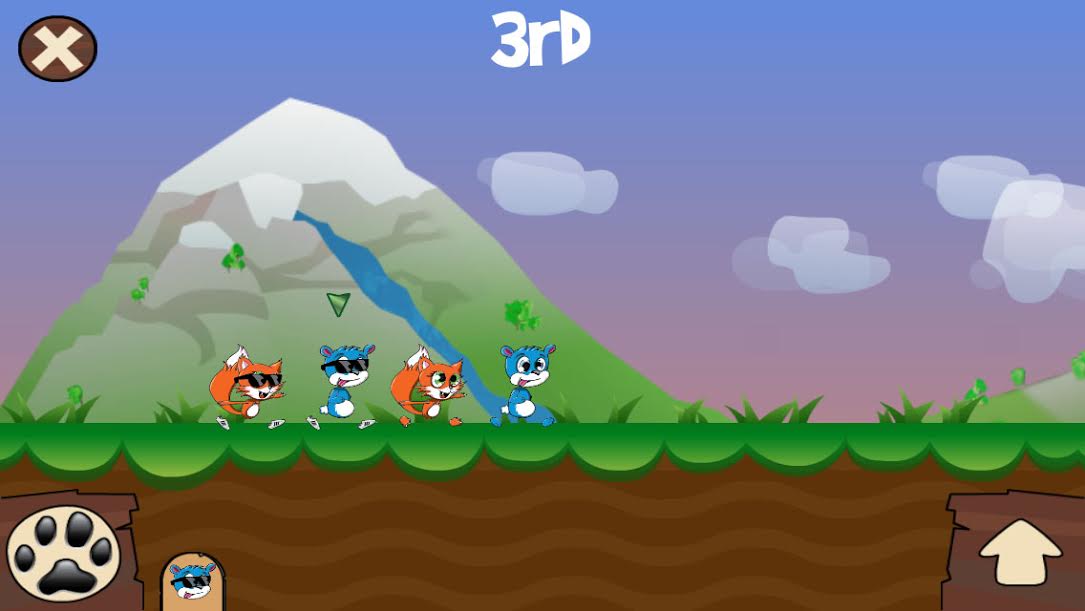 At 2:45 p.m., the hallways are quiet, the building recuperating from another busy day. Suddenly, a burst of yelling erupts. A group of previously peaceful students is shouting and jumping around the atrium.

The students are screaming at each other as they play Fun Run, a mobile gaming app. The stakes are high in Fun Run; crazy, instinctual reactions are all part of the fun. Across the school, from classrooms to the cafeteria, this scene is reenacted every day.

Ask around the school, and the same names will come up as the most competitive players: seniors Devonte McCall and Angelo Jackson and junior Meikkel Murray. All three students are on the basketball team.

McCall, Fun Run username “devolebron,” said that he “started playing [his] freshman year on the buses to basketball games.” The Fun Run craze wound down after that until this winter, when he and his friends started playing again. McCall likes that the game is “free, competitive, and you can play it whenever.”

McCall’s skill comes from his memorization of the maps in the game. Lanre Thomas (“lanre13”), another senior on the boys’ basketball team, said “there are two buttons so it’s about reaction time and knowing the maps. The more you play, the better you are.”

Noah Fay (“nca$h1”), a senior on the boys Ultimate Frisbee team, admitted that he “mostly plays against Ultimate players.” It makes sense that players would want to compete with teammates: “[Fun Run] gets competitive. There’s a lot of trash-talking in person… you can’t be quiet when playing Fun Run,” said Fay of the benefits of playing next to your opponents.

Generally, female students at ARHS are less interested in Fun Run. Senior Simran Multani (“thequeensim”) said, “There aren’t that many girls who play and I feel that I need to make the breakthrough for other girls around me. I have a responsibility towards the coming generations as a senior. I want to challenge the patriarchal norms established and endorsed through Fun Run.”

The iTunes store describes Fun Run as “online real-time multiplayer game for smart phones and tablets. You can be anywhere in the world and play with up to four players simultaneously.” It is rated 12+ for frequent/intense cartoon or fantasy violence.

In the game, players sprint across a two-dimensional landscape. Animal avatars try to avoid pits, climb walls, and use power-ups. Power-ups include a speed boost, a lightning strike that shocks enemies, a protective shield that lasts for for six seconds, and bear traps that maul opponents. Finishing in first place will yield coins, rankings, and bragging rights.

Mobile games are often popular for a period of time and then fade into disuse. Think of Angry Birds, Fruit Ninja, and Words with Friends. But perhaps Fun Run will not suffer the same fate.

McCall played Fun Run his freshman year, did not play for two years, and then began again this year. The same is true for Fay.

Maybe a member of the ARHS class of 2019 will remember this year’s Fun Run furor in a few years, and the game will bounce back into popularity yet again.