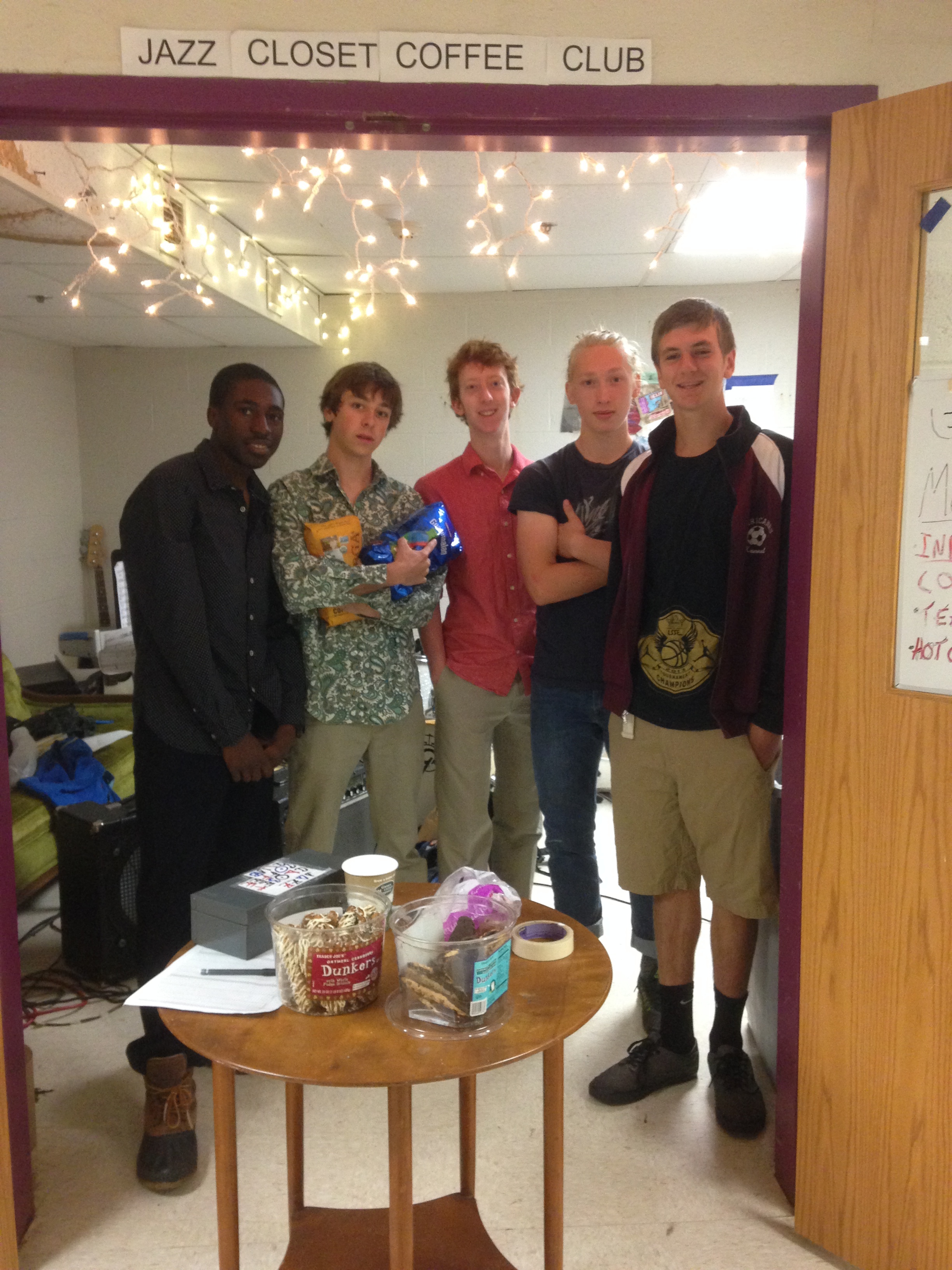 Jazz Club members' Coffee Club was shut down due to a clause in ARHS's food service contract with Whitsons.Photo: Emma van der Leeden

A clash between an ARHS club that sells food and the school’s food service provider emerged just a week before the second trimester began.

The question was whether students could sell food and drinks during the day;  the dispute ended in a victory for the cafeteria.

Just as they had been doing since the beginning of first trimester, Jazz Club members started their day with a good old cup of joe and tea.

A membership within the club allowed for “anyone to join,” said Nevin Murray, senior and student leader of the club.

All people had to do was pay 15 dollars a month and in exchange, they would be set up with a cup of coffee or tea each morning. However, months later, an anonymous tip to the principal led to a discontinuation of their service.

“Basically, we had to shut down,” said Murray. “[Principal Mark] Jackson told us that no one can sell refreshments and food before the cafeteria closes.”

“Originally, we were given permission to sell coffee by Mr. Jackson,” stated Murray. At this time, the principal was unaware of a “term of service” within the contract with Whitsons Culinary Group, the company providing food for the cafeteria.

“Then I got an email from Mr. Jackson telling us to stop selling coffee,” Murray said.

The current food contract prohibits school clubs from selling food within a half hour of school-delivered breakfast and lunch.

The club made close to 500 hundred dollars when their operation was running. “We used the money to fix amps, musical equipment, guitar chords and racks, anything we needed, really,” Murray said.

This money was vital to the club, as they previously had no continuous funding.

Ben Jackson, another member of the Jazz Club, shared his opinion on the matter. “I personally think that it needs to be re-tooled,” he said. “The policy might have been too broad. We weren’t taking anything away from Whitsons. It’s unfair that we were shut down.”

The club was particularly upset that as they were preparing for their Amy Winehouse concert on May 6, they did not have that fund-raised money “to buy the things we needed,” according to Ben Jackson. The details of the contract, however, are unclear.

Another coffee shop, run by the Pathways to Independence Program, operates for faculty and staff in the teacher mail room during A and B periods.

Rebecca Trietley, the food service director for Whitsons for the district, did not respond to email requests for her comment.