Time for soccer to embrace an equal playing field for women 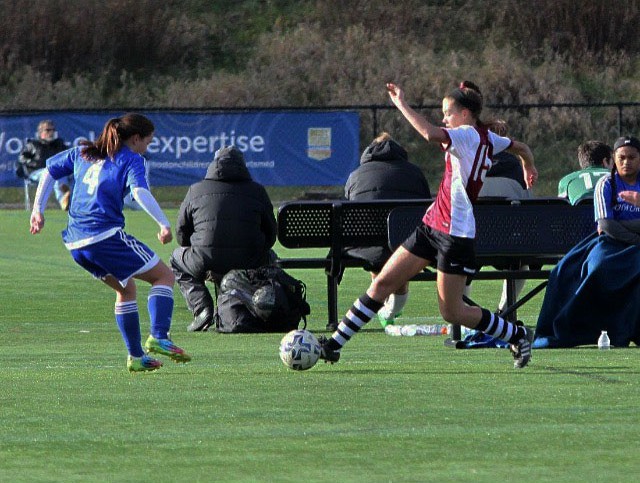 It all started when I had nothing better to do at recess, so I figured, why not?

It was the first time I remember feeling a sense of pride and courage, emotions I had previously kept bottled up inside of me.  I could, and I would, finally showcase my true talent to people.

Playing soccer with the boys every recess for three years made me feel like I was accomplishing something.

Not just for me, but for everyone else on that playground who had ever been scared to do something because it wasn’t fitting for their gender role.

Back then, comments like, “You’re good for a girl,” came as a huge compliment to me, and I would talk about them for days with my family when someone picked me first for their team.

Growing up, I followed the stories of current women’s soccer players such as Abby Wambach and Shannon Boxx.

I watched documentaries on the 1999 Women’s World Cup final against China and read multiple books on the Women’s National Team.

It wasn’t until a few years ago when I realized something was wrong.  Why weren’t there as many women’s soccer teams as men’s?  How come women’s soccer is seldom broadcasted on television, and men’s teams are almost every day?  Why the comments about being good for a girl?

I had wanted to play soccer on one of the top teams for most of my life.  That dream became a distant thought in my mind as multiple people and coaches told me that women have little shot of making it.

Even if I did, I wouldn’t get paid as well as men.  I remember feeling angry, like someone had ripped something out of me.

My parents informed me I had to get an “actual job,”  something I could get paid for later in life.  I thought, then why am I even playing soccer, anyway?

Meanwhile, the 2014 Women’s World Cup teams pursued legal action subsequent to finding out that their games would have to be played on artificial turf.  Many of them voiced their opinion on this decision because the men were allowed to play on grass.

The Federal International Football Association (FIFA) continued to deny them access to the grass, where one is less likely to be injured or marked with bloody scars and bruises from sliding or falling.

Famous players remarked that playing on turf is like playing on padded concrete, which as a soccer player, I can agree with.

Why is this the example we are setting for young female athletes around the world?

The media has become accustomed to indirectly telling young girls that they aren’t good enough.

Women’s teams should not have to fight for the same rights as men, because they’ve worked just as hard to get to be where they are.

Exposing the inequitable  facts to young kids is necessary, since they should know the truth, but we need to work on changing the facts.

Most people don’t know that the 1999 Women’s World Cup final on July 10, is to this day, the most watched soccer game in U.S. history.  Clearly, there is an audience for women’s sports.

We should also acknowledge that the U.S Women’s team has won the World Cup three times, while the men have never won.

We should be celebrating this and fixing the unequal standards our society has placed upon us.