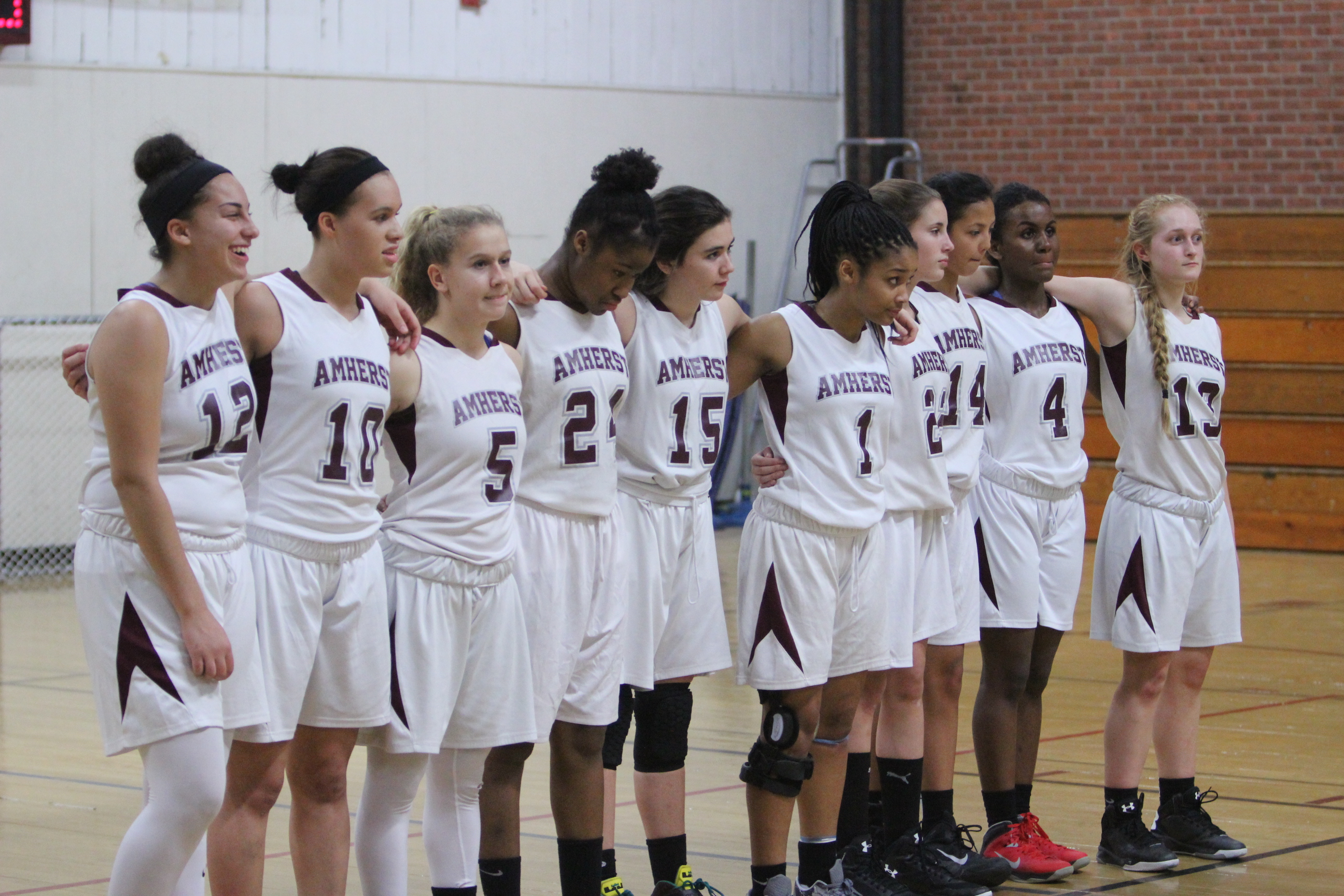 The ARHS girls’ basketball team after a game.Photo: Lee Larcheveque

According to the girls’ varsity basketball team captain Jamie Staples, “this will be one great season!”

She said she was excited by the opportunity for her team “to show off what they are made of and rebound from the loses taken in the previous year.”

Selected to be team captain this year by the coach himself, Staples, number 5, has been determined to make major improvements, spending lengthy hours with her team going over drills, sharpening techniques, and working out in the gym after hours.

The girls have a rigid schedule in which they fully commit to strenuous aerobic exercise nearly every single day. “Working hard during practice is something that we have no problem doing. We are playing varsity level and it’s very, very competitive so the amount of work that we are doing is something we anticipate,” said Antriese Suarez.

Suarez, number 24,  is just as determined as Staples to improve the team’s overall performance this season.  “Speaking on behalf of my team, I think it’s safe to say that in the next month, we plan on winning as many games as possible,” she said.

Determination is something this team appears to have no shortage of, which is crucial, as last season, the girls suffered a pretty serious hit to their reputation, with a wins to losses ratio of 1-19.

However, the team feels this season offers the perfect opportunity to boost their team spirit.

Suarez said, “We want [our spectators and fans] to know that we have a lot of new players that are still learning how to strengthen their techniques so it takes time to progress as a team,” said Suarez. “We will get there if everything goes our way.”

Coach Dustin James is currently in his second season of coaching for the girls’ varsity team. He “focuses on teaching us the key concept of teamwork and cooperation during practice that we can implement into our games which we appreciate,” said Jada Glasgow.

Glasgow plays as number 12 on the team and although she appreciates her coach, she feels that because last year was a transition year, it affected their performance.

The team seems to hold true to their word of full focused determination this season to excel, as witnessed during a December game against Ludlow in the ARHS gym. “It was a major and important victory for us. We won, 52 – 51,” Glasgow said.

Staples, Suarez, and Glasgow both state that “any girl could’ve made the team. If you try out and are determined to be not as good as the other players you will just be placed on junior varsity.”

Despite the hard work that the players put into their practices and games, the team has yet to participate in any team bonding exercises this season. “For the most part, the majority of us are all close friends so it’s alright though,” said Suarez.